With the dominance of Aristocrats’ leading hold and spin games in the Australian market, as a gaming manager, it is easy to forget that they also have a deep range of games specifically designed for the core player that are equally successful and allow you to balance out the play styles of all the members entering your club. Offering these entertainment focused games for regular players provides an opportunity to add significant enjoyment to their time at your venue.

In the “something different” bucket, Aristocrat’s Cash Fortune games, Panda Cash and Tiger Pays, have been achieving above average performance for many months, their new Wild Wild games, Pearl, Emerald, Samurai and Nugget are available for the XT machine, and these two new Big Blast games Wild Ned and Big Foo are available for the Helix, Helix+, Helix X and Mars X, offering plenty of game choice.

If you are a large club looking for game variety, or a small one with moderate turnover where opportunities for high-end premium links are short, these new games fit the bill perfectly.

There are two games in the range currently due for release: Big Blast – Wild Ned (with the miner from Where’s the Gold/Lightning Cash Mine Mine Mine) and Big Blast – Big Foo (with the cute Happy Dragon from Choy’s Kingdom Dancing Foo) feature lead characters that players will easily identify.

They are available as 50-line and 25-line multidenomination games in 1c, 2c (50 line), and 5c, 10c (25 line) options. The cost to cover the lines ranging from 50c (1c 50 lines) through to $2.50 (10c 25 lines) gives all players a comfortable choice, but still allows some players to access the higher-level scalable bonus prizes through higher bets.

There are also three bonus levels (Major, Mini and Minor) that are scalable depending on the players bet. For example, the Major Bonus starts at $50 for 1c players but lifts to $500 for 10c players adding appeal for the more committed players.

The Big Blast games are maths innovations outside of hold and spin style games and are designed to entertain the core club player.

These games are launching on Helix, Helix +, Helix X and Mars X cabinets.

What’s interesting about the games?

The Big Blast Feature: When background symbols of a barrel (Wild Ned) or crackers (Big Foo) lands on any reel, along with dynamite (Wild Ned) or a dragon (Big Foo) on the fifth reel, all the trigger symbols explode revealing either a symbol from Reel 1, Wilds or Wilds with a multiplier (x2, x3, x5, x8 or x10).

The players can win multiple jackpots and bonuses in the one feature which adds to the excitement in the game as players anticipate what turns up on their feature reel screen.

The free games feature: To trigger the free games feature players must land a miner’s gold cart (Wild Ned) or a pagoda (Big Foo) on reels 2, 3 and 4. The players then have a choice of the number of free games on Wild Ned (x4, x8, or x12) or Big Foo (x5, x10, x15) and wilds with and without a multiplier, similar to the 5 Dragons feature where players can choose the volatility that suits them.

The advantage in gaining this feature is that the barrels and crackers appear as background symbols and explode without the player needing the trigger symbol on the 5th reel.

The background symbols in each game have a really high hit rate so players will love the increased entertainment factor here, and with 60% of the wins in the base game, and no blocking symbols, every player should have lots of fun. The rapid hitting features will keep any level of player in the game, but the more serious player will still be able to achieve bonuses in line with their expectations.

For clubs of any size looking for a way to appeal to the core player and offer game math variety on the gaming floor Big Blast-Wild Ned and Big Blast Big Foo are a great game choice. Being available in Helix, Helix +, Helix X and Mars X machines ensures that these games are easy to access for any club. 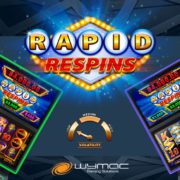 ECONOMIC CONTRIBUTION OF THE GAMING MACHINE INDUSTRY IN AUSTRALIA 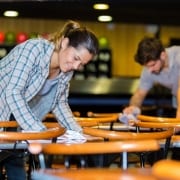 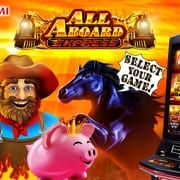 KONAMI INTRODUCES ALL ABOARD EXPRESS MULTIGAME 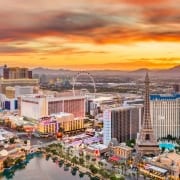 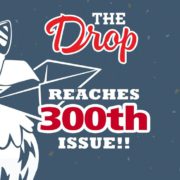 THE DROP REACHES ITS 300TH ISSUE!

WANT TO INCREASE YOUR GAMING REVENUE BY 22% WHEN VENUES RE-OPEN?