Australia Post pockets millions of dollars from providing financial services to online casinos which are illegal to operate in Australia, an investigation by The New Daily has revealed.

A subsidiary of the government-owned postal company known as POLi Payments Pty Ltd is recommended by hundreds of offshore casinos as a reliable method for moving funds from Australian bank accounts into overseas gambling accounts.

But under the Interactive Gambling Act it is illegal for overseas gambling companies to provide casino-style games to Australian residents over the internet.

The New Daily understands that POLi Payments has raked in at least $5 million from online casinos forbidden to operate in Australia since Australia Post acquired the business in October 2014. A spokesperson from Australia Post disputed this figure, saying the annual revenue figure was closer to $1 million per year.

The casinos include some of the world’s most popular online providers, including a number of websites licensed in Malta that allow users to gamble in Australian dollars.

While Australian residents who use these sites are immune from prosecution, online providers face penalties of up to $1.8 million for each day they offer online casino services to people living in Australia.

There are also steep penalties for marketing online casino games to the Australian public.

Many of the online casinos that promote POLi Payments explicitly target Australian residents.

Hundreds of these sites are flouting the laws which ban online pokies and roulette in Australia and they have arrangements in place with POLi Payments which help them do it.

However, POLi Payments collects fees when Australian residents use its payments service to deposit cash in offshore internet casinos.

Australia Post told The New Daily that the POLi Payments business was compliant with all Australian laws.

“We are comfortable that POLi is acting in accordance with the Interactive Gambling Act and other applicable gaming laws where POLi is involved in making payment transfer services available for use,” a spokesperson said.

But not all Australian banks are convinced that POLi is a transparent service.

Several do not allow their customers to link their deposit accounts to POLi, including HSBC Australia. 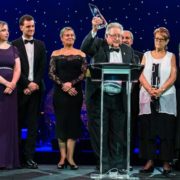 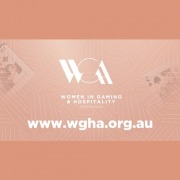 GAMBLING IN AN AGEING & UNCERTAIN WORLD BY ROSS GREENWOOD