Just opened in Geelong West, Splatters is a concept that any cheese lover can doubtless get onboard with: Australia’s only fully licenced cheese train.

“Basically, it’s a sushi train concept but with cheese,” says founder and owner Jo Bangles. Described as the “ultimate grazing experience,” a rectangular shaped central bar houses the cheese train, a 20m conveyor belt, where diners take plates costing from $5 as they revolve, allowing them to interact with other diners, says Bangles, and bar staff serving local Victorian wines and beers from the likes of Blackman’s Brewery.

Bangles says that they are currently serving a minimum of around fifteen artisan Australian cheeses on the train, while there is a possibility of featuring a more international selection on special occasions such as Bastille Day. “We do an accompaniment with each cheese, we also do local charcuterie from Salt Kitchen, and local sourdough breads with infused butters, stuffed olives, bits and pieces, all on the train as well,” she says.

Many customers know very little about cheese, says Bangles, and they’re “actually really quite surprised at the quality of Australian cheeses that we have here and especially from Victoria and Tasmania.” Standouts include “an amazing clothbound cheddar” from Pyengana Dairy in north east Tasmania “made in the old school way.” From the Adelaide foothills, La Vera Belmondo Blue, made with milk from South Australia’s only buffalo herd is another standout says Bangles. “It starts out really salty and then once you get past that it just leaves this whole layer of sweetness on the back palate. It’s just a stunning cheese.”

Bangles started out selling artisan cheese boards in the food van scene, especially at festivals and live music events. “We could have easily had ten vans out at weekends back then doing cheese platters but Covid hit us and we got stuck with a whole lot of cheese, and we just put it out on our socials: who wants to buy a cheese platter? And we’ve had the busiest two years, as platters have really taken off.”

Bangles says that this period of uncertainty raised a lot of questions as essentially their kitchen was a food van parked on their home driveway. “We didn’t want to lose that really loyal customer base that we had built up over the last two years and we thought, do we get another van, do we get just a bricks and mortar stand-alone kitchen, or do we do a restaurant?”

The cheese train concept was something that had been gestating for a few years, but Bangles says that when she saw a similar concept had opened in London she thought, “I’m going to do it.” A former Army chef who has had twists and turns in her career, Bangles says, very much like the cheese train, she’s now come full circle. “You know I’m actually back in the street where I started my cheffing days when I was fifteen, just 500m up the road,” she says. 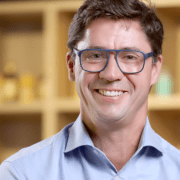 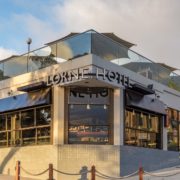 THE SOCIAL MEDIA PLATFORM YOU HAVE TO MASTER FOR YOUR F&B BUSINESS: FREE REPORT 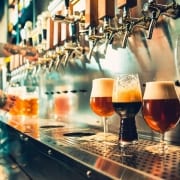 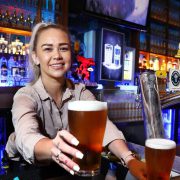 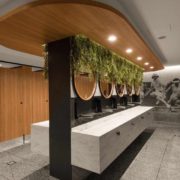 ARE YOUR UNTIDY BATHROOMS DAMAGING YOUR BUSINESS?

NATIONAL BEER AND SPIRITS AUDIT OF LICENSED PUBS AND CLUBS