The birthplace of gambling in Australia could be reborn with a $70 million redevelopment, but it’s conditional on the Federal Group’s monopoly pokie licence being extended, Federal boss Greg Farrell says.

“There is no doubt that we require certainty around the future of our operations in order to embark on a project of this size, and indeed the more than $100 million worth of development we would like to undertake throughout Tasmania, including a $20 million development at Port Arthur and $10 million upgrade at Country Club Tasmania,” Mr Farrell said.

The redevelopment aims to return the focus to the waterfront, add performance spaces, bars, and dining outlets that champion Tasmanian produce, and “re-create the excitement of casino gaming”.

Federal Group employs about 2500 people and the redevelopment would create 100 new jobs. The move has been roundly criticised by politicians, who labelled it “corporate blackmail”. However, Mr Farrell said there was a false negative perception of gambling. “The latest social and economic impact study shows problem gambling is declining and is currently at 0.05 of the adult population, the lowest rates in the country.” Mr Farrell said Federal Group contributions accounted for 8 per cent of the State Government’s revenue. “Since the last gaming deed commenced in 2003 Federal Group has paid the Tasmanian Government more than $1 billion in taxes and licence fees.”

Hobart Chamber of Commerce executive officer Steve Adermann said the 100 jobs the redevelopment would create was welcomed. “They need that security of tenure and that’s fair enough, if you’re going to spend $70 million you need to know where the future lies.”

The Federal Group announcement comes after Mona owner David Walsh applied to the State Government for a licence to operate a high roller casino at his Berriedale museum. He withdrew his application when he discovered it would create a loophole for Federal Group to extend its poker machine licence in Tasmania.  Mr Walsh released plans for a hotel and casino that he said would go ahead regardless of whether he could obtain a licence. Mr Farrell would not be baited. “It’s great to see organisations such as Mona bring forward bold and creative projects, something the Federal Group has been doing for some time,” he said. “We are very supportive of Mona.” 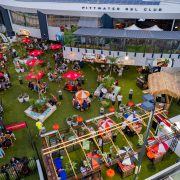 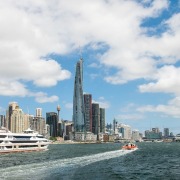 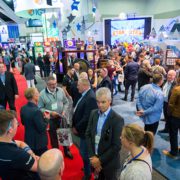 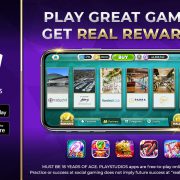 CLUBS DEEMED EMERGENCY SHELTERS FOR ALL
Scroll to top