According to a report released by the United Nations Office on Drugs and Crime, up to $1.7 trillion is estimated to be wagered on illicit betting markets each year.  The estimate dwarfs the legal sports wagering market, which is about $40 billion.

Offering a playbook to effectively tackle crime and corruption in sports by setting out a range of concrete policy considerations, the Global Report on Corruption in Sport also reveals the scale, manifestation, and complexity of corruption and organized crime in sport at the global, regional, and national levels. Developed in partnership with nearly 200 experts from across governments, sport organizations, the private sector, academia, and related stakeholders, it is the most in-depth review of its type to date.

The increasing number and types of bets are challenging efforts by law enforcement to stop illegal wagering, as well as the proliferation of rogue online operators using cryptocurrencies to disguise the identity of the gambler.

“In our increasingly globalized world, sport is exposed to complex risks posed by corrupt actors who seek to exploit it for illicit gain”, Executive Director of the Office, Ghada Waly, wrote in her introduction to the report.

In the light of this trend, the UN Office on Drugs and Crime concluded in its report that governments, regulators and sports-governing bodies must work together to combat illegal wagering, establishing anti-money-laundering units and controls.

The fixes should include requirements that operators record customer information and betting data, as well as a ban on anonymous payment processing platforms.

The new report was issued to coincide with International Anti-Corruption Day, marked each 9 December. It is launched ahead of next week’s biennial UN anti-corruption gathering, the Conference of the States Parties to the United Nations Convention against Corruption, being held in Sharm El-Sheikh, Egypt from 13 to 17 December.

News on illegal betting and money laundering within the industry, mainly in casinos, have been sprouting around the world in the last month. This past week, Australia’s Independent Liquor and Gaming Authority (ILGA) reported suspicious activities in New South Wales after its data monitoring system identified transactions in small pubs and clubs that suggested criminal gangs are using poker machines to launder the proceeds of illegal drug dealing and prostitution.

These activities in the area are in addition to $5.5 million worth of suspicious transactions detected at poker machines across 180 venues in Sydney alone, which have been recorded since the city came out of lockdown in early October.

During the last week of November, Macau saw a series of “illegal gambling” arrests that left a toll of 11 detained people over alleged money laundering and illegal cross-border gambling. 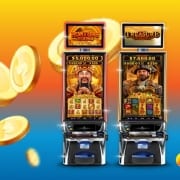 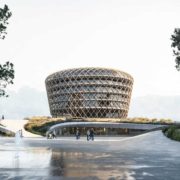 IS THIS THE WORLD’S MOST BEAUTIFUL ECO CASINO? 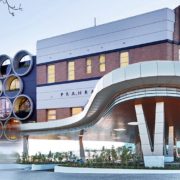 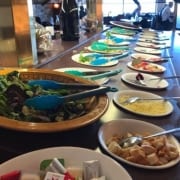 IT’S NOT A REOPENING BUT A REBUILDING 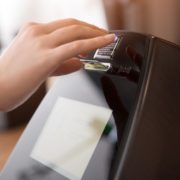 TOP 10 QUESTIONS TO ASK ABOUT YOUR TIERED LOYALTY PROGRAM 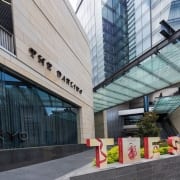 THE STAR SYDNEY REOPENS… FOR VIPS

A SIMPLE APPROACH TO SECURITY IN NEW (OR REFURBISHED) VENUES.