Last week we reported the news that the Northern Territory was celebrating its newfound status as “the safest place in Australia” by the reopening of pubs. A week is a long time in the “coronavirus new world order” and now other states are looking to follow with NSW set to open pubs and clubs for up to 50, with some restrictions around those numbers on 1 June

Pubs and clubs were technically able to open from Friday 15 but only under strict stage one conditions with table service for to up to 10 diners at a time as long as each has ordered a meal. No gaming. Its no great surprise to anyone in the industry that this was unworkable and just not viable for any but the smallest venues.

In a surprise move late last week the NSW Government announced it will allow pubs, clubs, cafes and restaurants to have up to 50 customers, subject to a one person per four square metre rule. All venues must ensure social distancing and will need to develop a COVID Safety Plan consistent with NSW Health guidelines.

A club’s capacity may further increase beyond 50 patrons up to a maximum of 500 based on the number of restaurants and cafes inside the club. Provided the restaurants are open a club with two restaurants and one café can admit up to 150 people on the 1 person per 4 square metres rule.

Museums, galleries, libraries gyms and beauticians are also open and travel to regional NSW for a holiday is now allowed.

Unlike in other states, there isn’t a restriction on how many patrons a venue can hold, although they will still be required to buy a meal and will be ejected after two hours to make room for the next wave of punters.

From June 1, cafes, restaurants, and the dining sections of pubs will each be allowed to host a maximum of 20 patrons at a time. Venues will have to take down the details of all patrons to assist with contact tracing, but public bars and gaming areas will remain shut until July.

“Just three weeks later, from 22 June, those patron limits will go up to 50, and in mid-July… we would look to move to 100 patrons per enclosed space,” Premier Andrews explained.

He also stressed that strict social distancing guidelines would remain in place, including 1.5 metre spacing, rigorous cleaning and a screening of staff to prevent symptomatic workers infecting customers.

Qld initially made exceptions for those living in the outback with up to 20 people allowed in pubs, cafes and restaurant from Saturday 16 May. City pubs, cafes, and restaurants were able to serve 10 patrons However, this week the Queensland Premier has hinted pubs and clubs could host more patrons by end of May if the businesses submitted ideas for how they can safely accommodate the customers, but qualifying that it will depend on the area, the square meterage.

Bernie Hogan, chief executive of the Queensland Hotels Association (QHA), said alongside many RSLs and clubs, the QHA had submitted plans that would see venues initially open at 25 per cent capacity.

Under the new restrictions, which began on Friday 15, venues could hold 10 indoor and 10 outdoor seated patrons. The State premier clarified only businesses holding a restaurant and catering licence could accommodate the additional 10 customers but a backflip decision was made late Friday afternoon, allowing all venues with a liquor licence, including wineries, pubs and small bars, to trade under the direction.

Western Australian pubs, cafes and restaurants are allowed up to 20 patrons at a time to dine-in. They will be required to buy a meal and follow the one person per four square metre rule. Likewise, gaming remains prohibited.

Pubs and clubs will reopen for up to 10 people from Monday with a meal required to be ordered.

All pubs, clubs, cafes and restaurants are allowed up to 10 patrons, with alcohol permitted to be served alongside a meal.

THE MOST PROVOCATIVE THOUGHT ON GAMING 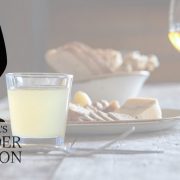 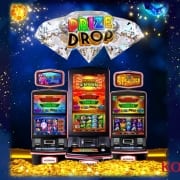 IS THAT THE SKY FALLING….OR THE MARKET CHANGING?

How to Attract More Profitable Customers with John Dwyer