Midnight Express includes a mixture of familiar base game symbols and an iconic theme, with the popular hold & spin feature. However, in Midnight Express the hold and spin feature includes an interesting remodelling of the math by including multipliers to enhance the potential for a good win that will ensure strong performance across many multiple player groups.

The Drop outlines the features your players will connect with:

There will be four new games available at launch with two different math base games and in-game features.

Red Planet and Jungle Beat have a game feature where three of the triggering symbols activate 10 free games with all royals removed, leaving only the picture symbols and the Midnight Express symbol. During the free games when a player collects 10 train symbols collectively during the 10 free games, they activate the hold & spin feature.

In Big Black Rhino and Mr Big, the player also requires three trigger symbols to activate 10 free games, but here extra Wilds are added to the reels after each of the free game spins.

In all four games the free games are designed to offer extra opportunities for the players to activate the main hold and spin feature.

A Hold & Spin feature with an awesome twist

During the feature a Midnight Express symbol starts a train animation, above the reel screen, that either awards a large “Cash on Reel” prize, or a 2x or 3x multiplier. The multiplier multiplies all the symbols on the screen and restarts the animation until a cash prize amount is won.

The potential is there for players to double their win over and over by gaining several multipliers in a row, before a final cash prize is awarded.

Both the Major and Maxi jackpots can also be awarded on the Midnight Express symbols in the Hold & Spin feature. The Grand Jackpot is awarded when a player collects all 15 Midnight Express train symbols (of any value) at the end of the hold and spin feature.

Denomination and lines to cater to all players

Midnight Express games are the first hold & spin 25-line games offered by Aristocrat, which expands interest to an even wider range of player demographics. The denomination range is from 1 cent through to $2 in NSW.

As a 25-line game, the 1c players’ minimum investment is 25 cents, which means that maxbet for a 1 cent player is only $2.50, which offers an attractive proposition for mid-range players.

The range of jackpot choices

Midnight Express includes a Grand Jackpot with 4 different start-ups available, as well as a $1,000 Major Jackpot and a Maxi Jackpot that increments as a SAP.

Aristocrat can offer plenty of evidence to support the fact that the higher the jackpot the greater the success of other link products such as Dragon Link. However, because of the lower minimum bet on Midnight Express, a smaller jackpot that hits frequently should create great excitement on a smaller gaming floor.

Floor placement for most demographics

Midnight Express is aimed at a wide range of players with a strong historical recognition of the old Cash Express Link, which is still available in some venues. Setting the link up as a 3-4 machine bank in smaller venues with a fast-hitting $5,000 jackpot, or a large double bank of 6-8 machines with a $10,000+ Grand Jackpot ensures an attractive option is available within the gaming budget for any size venue. Setting the Midnight Express up either indoors, or out in smoking areas, will depend on your choice of jackpot and bank size.

In summary, the familiar link theme, choice of jackpots, and a common feature that recognises that hold and spin games are very which means that Midnight Express Link is sure to be a great addition to the gaming floor. The interesting innovation provided by the Midnight Express symbol acting as a multiplier in the feature adds another level of excitement for all players.

Contact your Aristocrat sales representative to help select the best banking and jackpot setup to suit your venue, based on your turnover. 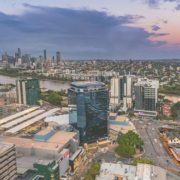 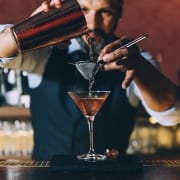 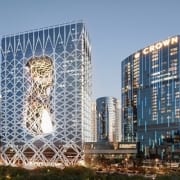 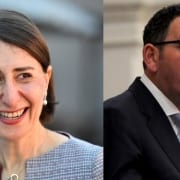 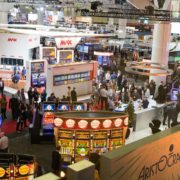