Free public transport, inner-city activations, and a $50 million funding boost will help the Melbourne CBD shake off its lockdown blues, according to a new proposal put forward by the Property Council of Australia (PCA).

Not even two weeks after the city emerged from its sixth round of COVID-19 lockdown measures, which closed thousands of workplaces across the state, Melbourne foot traffic and office occupancy remains far below pre-pandemic levels.

In a new plan to reverse the trend, the PCA has called for a further $50 million in funding to complement the $200 million Melbourne City Revitalisation Fund, a joint effort from the Victorian Government and the City of Melbourne.

That extra cash could fund free public transport for three weeks, enticing visitors back into the CBD and stimulating local business, the PCA said.

The Australian Financial Review reports the plan supports measures to encourage office and storefront tenants back into the region, and the accelerated approval of urban renewal projects.

Echoing this year’s city reactivation plan — which was waylaid in May once Melbourne plunged back into lockdown restrictions — PCA’s Victorian chief Danni Hunter encouraged a boost in “hospitality, retail, cultural, and workplace activities” through early 2022.

But the new plan would primarily focus on bringing public servants back into the CBD three days a week once vaccination rates surpass 90%, Hunter told radio station 3AW Friday morning.

The government must “lead from the front” on the issue, she said.

“They’re not ready yet, not that they don’t want to,” she said of workers reluctant to head back in.

“We’ve only been out of lockdown a week and a half, so we do need to give this some time.”

The return of office workers will be hampered by the impending Christmas period regardless of pandemic hesitancy, Hunter added.

“But we do expect people to come back and visit the CBD because that’s where the emphasis is on, that’s where we’re looking at this time”.

The proposal comes on top of a confirmed $44 million government plan, drawn from the $200 Melbourne City Revitalisation Fund, which will see diners offered $150 rebates, support for local businesses offering outdoors trading, and an expanded Christmas festival.

While the end of pandemic restrictions is likely to usher many workplaces and professionals back into the CBD, the transition to working from home is likely to keep some workers from returning, even if conditions do return to ‘normal’. 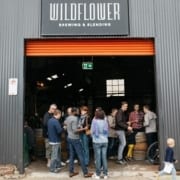 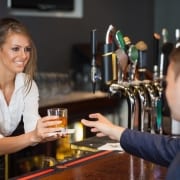 PUB & ENTERTAINMENT NEWS: THE ESPY IS BACK & RETURNS TO LIVE MUSIC

OTHER NEWS: LOTTOLAND GETS THE PUNT ON AUSSIE LOTTERIES & REDCAPE BUYS UP BIG