Quite a lot, it seems.

The Hon Ray Finkelstein AO QC delivered his report from the Victorian Royal Commission into the Casino Operator (Crown Melbourne) and Licence on 26 October 2021.

This is a watershed moment for the industry.

Yes, there was plenty of media hysteria about the fallout for James Packer. And social media overflowed with opinions. But more so this is a turning point for the industry as a whole.

I worked closely with Crown Melbourne’s executives and senior management for more than 10 years when I was Chief Executive of Tatts Pokies in Victoria during the 2000s.

I remember working with Crown execs in industry meetings with regulators, bureaucrats and politicians as the regulatory framework changed in Victoria.

I remember it all vividly.

I specifically remember Crown’s air of solid credibility. It was as if they were infallible. We were in awe of it. It was something everyone in the world of hotels and clubs could only dream about.

My glimpses into Crown’s inner workings were limited but their people came across as professional and committed during my encounters with them.

Both the recent Finkelstein Report (VIC) and the Bergin Report (NSW) have put Crown’s reputation through a paper shredder.

They’ve also caused the magnifying glass to shift on to other casino operators. And the light it’s focussing is getting hotter. You can expect it to spread further across the industry.

This week’s media coverage had pundits howling that Crown was let off lightly. But don’t underestimate the significance of the rulings.

Crown now has a licence for two years until 2023. Prior to the Commission it was to run until 2050.

This two-year window is a small opening with some pretty thin glass. It gives the government the option of appointing a new operator if they’re not satisfied Crown’s fit to hold its licence.

In other words, Crown’s by no means in the clear. They’re now walking along a wire.

Crown was given these two years because it’s inconceivable the Victorian state government would stop them trading whilst they looked for another operator. The government couldn’t afford to. Crown makes up one per cent of Victoria’s state tax revenues and employs more than 11,000 people.

Mind you, it’s hard not to think the outcome would’ve been different for an individual club or hotel who could have their license stripped without the significant economic impact.

The other consideration is that Crown had committed to a significant reform program with steps already in place. The big lesson here is to get ahead of the game don’t wait.

A lot’s happened since the start of these enquiries. And no doubt this isn’t the end of it.

But there’s a lot we can already take from it.

So, what can we learn from what’s happened to Crown?

There’s a big reputation lesson here. Whatever good you’ve done in the past won’t matter when you’ve been found straying from your lane. I remember the days when I was told you’re only as good as your last shift.

There’s also a big progress lesson here. Crown pioneered ground-breaking initiatives in its early days. These included self-exclusion and on-premise counselling services. It had the best responsible gaming documentation. But time, the absence of continuous improvement, and an earth-shaking public inquiry showed they weren’t enough.

Here are some of the ways they were described in the commission hearings:

“Given the evidence, it is open for the Commission to be concerned about Crown’s commitment to, and execution of, its RSG obligations. Much of the Code of Conduct is written in fluffy language.”

“The Code of Conduct, which is a key feature of Crown’s delivery of the Responsible Service of Gaming, presupposes that staff are well enough trained to recognise observable signs. The evidence of Crown staff themselves before this Commission suggests that the training is minimal and ineffective.”

“Crown has had within its power for some time the ability to improve on the delivery of Responsible Gaming.”

The lesson here is there’s no use having well-written policies. Policies only work when they’re supported by effective training and reinforced by tight processes and systems which continue to evolve.

I still remember when I was running large venue groups that we could have the best-centralised training practitioners and facilities but it was all worthless if it wasn’t continually supported on the venues’ floors.

The Commission’s recommendations have had massive impacts on licence periods and management structures. Some of the recommendations could have big repercussions for venue operations more broadly.

Take a look at these recommendations:

This means the implementation of a gambling card requiring all gaming participants to identify themselves.

Recommendation 3: Cashless play for all transactions over $1,000:

This will require cashless functionality and could, in theory, be linked to a gambling card.

Recommendation 10: Precommitment and time limits, a player must take at least a 15-minute break every 3 hours: A player cannot gamble on EGMs for more than 36 hours per week.

“·  a duty to take all reasonable steps to prevent and minimise harm from gambling, including by monitoring the welfare of players, discouraging intensive and prolonged play and intervening when a person is displaying behaviour that is consistent with gambling harm

The biggest lesson of all is don’t wait until the magnifying glass is on you.

The recommendations highlight that what tipped the balance against cancelling Crown’s licence was steps they had already taken since the start of the enquiries. This reinforces the importance of the industry getting ahead of the game as proposed in my previous article about self-regulation.

My team and I at Cherry Hub continue to develop technology-based solutions to ensure venues can meet these requirements. And it’s critical they meet them.

We have focussed on providing industry-specific tools that continuously support and reinforce the best practices in venues. They make it easier for staff to do the necessary thing’s they’re trained and obliged to do.

We work with a number of venues. In fact. we’re about to start trialling our AML.CTF cherrycheck module at Canterbury Leagues Club, where FRT integration has already been completed.

And we’re progressing well with the implementation in a number of casinos which will be formally announced over the coming months.

We’re keen to share our technology tools so we’re extending our offer to The Drop readers. The next 10 venues that mention this article can have our cherrycheck system implemented immediately – without any obligations and no subscription fees until 2022.

All you need to do is go to cherryhub.com.au/cherrycheck where you can also request a demo or you can contact me direct: 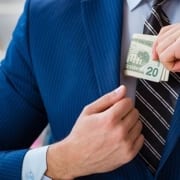 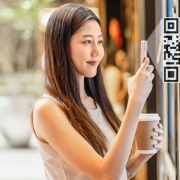 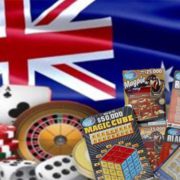 THE REAL GAMBLING BEHAVIOURS OF AUSTRALIANS 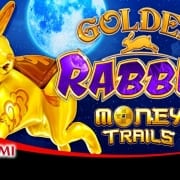 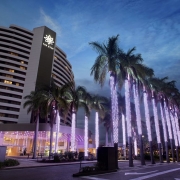 UTTER PROFESSIONALS – RECORDING FOR THE CLUB INDUSTRY SINCE 2003