The new machine releases from the Australasian Gaming Expo are the big news for the month and IGT’s new machine, the CrystalDual-i, is well anticipated given their existing games have been in general decline compared to the other manufacturers for a while. It has been 6-7 years since they launched a full new machine so the timing is good for those of us with IGT’s Neo machines starting to come off our books and looking to trade some machines out. The new machine looks amazing with a few great new features.

While better graphics, more power, and light and sounds that are driven by the game software are almost a given these days, they have fitted the machine with a new button deck that is, in effect, a tablet, (with the play and credit buttons the “Australian” way around), which means all games will work on the one machine regardless of whether it’s a multigame, multi-denomination or single game without having to change the button panel anymore. This means no more restrictions on what game you can use as a conversion in future.

The other interesting feature is that the machine has a USB phone charger in the front as well so players can charge up their phones while they play, and I know of many players who watch TV on their phones while playing so this is a real plus, particularly if you have a big player who is a sports fan. Sometimes it’s the little things that can make a big difference.

WE all know that it’s about the games at the end of the day but your designers can’t make great PlayStation 4 games if they are working with a PlayStation 2 box so we should see some significant improvements at IGT in what the games can do to entertain our players.

They have a couple of games that are just released so there is no data available yet but the new ‘Shake the Money Tree’ games (there are 3) all have a similar theme but in each case a different way of delivering the feature. The graphics are exceptional on the new platform and I believe the games will be very popular when they get some runs on the board.

As well as these three games they also have two double games (red and blue art versions of similar base games) with different features in ‘Temple of the Moon’ and ‘Temple of the Sun’ and ‘Kingdom of the Burnt Lands’ and ‘Kingdom of the Crystal Mountains’ These games are also denomination selectable by the player which is a nice touch and gives the players flexibility in how they want to play. I expect some good results as these are some of the best games IGT has made available for some time with new and interesting features and graphics.

The one thing I noticed they don’t have available yet for the new machines are multigames (as it’s not a thing in America) but I suspect this won’t be far behind this current release.

The bigger clubs should get these new machines in early, and as soon as we see some results we will keep you up to date on which games are favoured by the players.

LABOR TO PUSH FOR NEW LAWS TO ALLOW THIRD-PARTY EXCLUSIONS 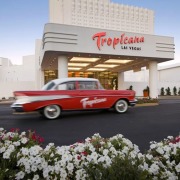 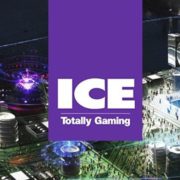 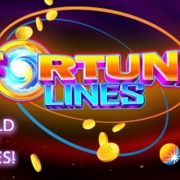 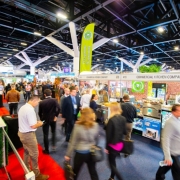 EXHIBITIONS, INCLUDING THE AGE, ARE BACK AT ICC SYDNEY

BRIDGING THE GAP: ENGAGING THE NEXT GENERATION OF GAMERS