The major gaming companies were again betting big on licensed slot machine product at the 2016 Global Gaming Expo in Las Vegas last week. Rolling out the stars from music, sports and TV, some of the most popular launches and appearances included: country superstar Tim McGraw for Aristocrat, Basketball Hall of Famer Shaquille O’Neal for the Inspired Gaming Group and The Soup Nazi who helped launch a new Seinfeld-themed slot machine for Scientific Games.

IGT took out awards for both “Land-Based Industry Supplier of the Year”, and “Casino Product of the Year” at the Global Gaming Awards in Las Vegas last week.

“Our next-generation gaming solutions are designed to propel our customers’ businesses forward and provide players with new and exciting ways to experience gaming entertainment. In an official statement released to announce the awards, IGT said the company was recognized as Land-Based Industry Supplier of the Year “for its depth and breadth of innovative products and comprehensive systems solutions products.

Meanwhile, IGT PlaySpot was recognised “as a product that made the biggest impact in casino offerings” in the past 12 months. “PlaySpot enables players to wager through a single mobile app anytime within set boundaries of a casino and play with virtual currency once they exit the property.

Meanwhile Aristocrat has received an award for its AvT Bonusing Technology and Aristocrat Chief Operating Officer, Maureen Sweeny was named “North American Executive of the Year”.

On the political side, the American Gaming Association reiterated its commitment to legalising sports betting in the U.S. At the ‘State of Gaming’ press conference, Geoff Freeman, president and ceo of American Gaming Association (AGA) said that with revenue at an all-time high (US$240 billion), gaming geographic growth was limited and sports betting was the new frontier.

His sentiments were backed up by an international panel including Dr. David Forrest, Professor of Economics at University of Liverpool Management School and Honorary Professor at Macau Polytechnic Institute, who said that prohibiting sports betting has never been successful, as people will find a way to bet illegally if they want. But with the legalisation and regulation of sports betting, it will be easier to ensure that criminal activity does not exist.

Rick Parry, Chair of the Sports Betting Integrity Panel, discussed the success of sports betting in the United Kingdom and how that can be attributed to the laws put into place to protect the integrity of sports while allowing viewers to interact through gaming. He noted that the key was to continue learning and evolving with the market and the times.

The session concluded with Geoff Freeman stating that he believed sports betting would be legalised within three to five years. 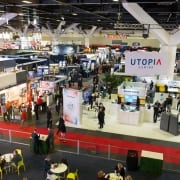 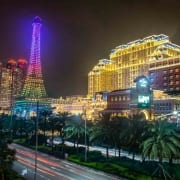 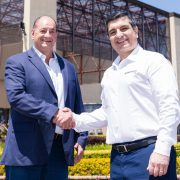 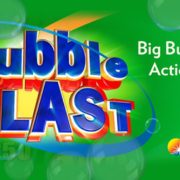 DATES FOR THE DIARY