The sixth edition of a national study to understand attitudes and behaviours towards Australian craft beer has just launched.

The multi award-winning survey will build upon the previous five versions of the same study, which combined has had over 80,000 responses.

Richard Kelsey, Director of Beer Cartel said it will be particularly interesting to see the role alcohol free beer has had on consumption habits. “We’ve seen a significant increase in alcohol free brands available in the market over the past couple of years. It will be really interesting to see if that has translated into consumption across the wider market,” said Mr Kelsey.

In addition, the study will look at understanding changes in purchase channels. “In the last iteration of this study in 2020 we saw a shift to buying beer online, driven by the first Covid-19 lockdowns in Australia which forced on-premise venues to shut. This included breweries who had to close their taprooms for a period, with many opening online stores. Now that we are moving to a world where Covid-19 is less of an issue, it will be fascinating to see how this trend has changed.” he said.

The results of the study will be made public to support growth of the Australian craft beer industry. For craft beer drinkers the survey takes just 5 minutes to complete. A prize of $500 to spend on craft beer is being offered as an incentive to encourage people to provide their opinions.

The 2022 Australian Craft Beer Survey can be completed at: https://www.beercartel.com.au/australian-craft-beer-survey 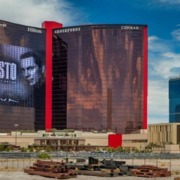 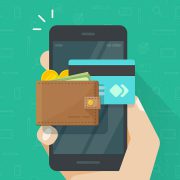 INNOVATION IN THE FUTURE OF PAYMENTS

THE SIMPLE WISDOM THAT SHOULD BE THE FOCUS OF EVERYTHING WE DO IN THE GAMING INDUSTRY.

IS THERE GROWING DEMAND BEHIND THE SOBER TREND?

EASY WAYS TO GRAB YOUR CUSTOMER’S ATTENTION!
Scroll to top