The Star Entertainment Group, together with its partners the Far East Consortium and Hong Kong’s Chow Tai Fook, is set to expand its The Star Gold Coast operations, with the Queensland Government granting approval for a $2 billion masterplan that will transform the precinct.

The project will comprise of four new towers – including more hotels – as well as new restaurant and bar precincts; more retail and entertainment options; and new resort facilities on Broadbeach Island, all delivered in phases. The Star says that all of the options will be included without increasing the number of poker machines available.

“The masterplan in its entirety would see The Star Gold Coast boast more tourism accommodation than any other resort in Australia,” The Star Entertainment Group Managing Director and CEO Matt Bekier said

Star Gold Coast has a proposed timeline to build one new tower at its Broadbeach island site every two years, starting with the Dorsett build, until all seven are completed by 2028.

“The 3,000 hotel rooms and apartments would exceed what the world-renowned Marina Bay Sands in Singapore offers, and be on a scale to compare with the largest integrated resorts in Las Vegas, ” Mr Bekier said.

On completion, Star Gold Coast will also be home to more than 50 bars and restaurants and employ 6000 people in total on site to run it.

The Hard Rock’s Tokyo-based Asian board has reportedly given the green light on a $2 billion push to come to the Coast. It includes a 1000-room integrated resort, shopping precinct, a major entertainment centre and casino.

Clubs Queensland CEO Doug Flockhart (pictured) said he was shocked and disappointed to learn how advanced Hard Rock appeared to be on its plans for a Coast casino.

Research by Clubs Queensland shows the economic future of at least 30 community clubs on the Coast will be affected by a second casino.

“It will destroy them,” Mr Flockhart said.

“But that is just the Gold Coast. There will be hundreds of clubs from the NSW border through to Brisbane and out as far as Toowoomba that will be adversely affected.

“That’s a lot of communities who will suffer from this, given the community club sector contributes over $850 million per annum back into them.”

Clubs in the Southport CBD are considered most at risk with Carey Park emerging as the favoured location after Mayor Tom Tate ruled out council allowing Evandale to be developed for an integrated resort.

However, Southport residents in units opposite the Broadwater Parklands want the council to reaffirm it is opposed to Carey Park as a potential site.

Queensland Premier Annastacia Palaszczuk has indicated that a second casino was yet to be discussed. 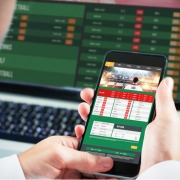 HOW DIGITAL TECHNOLOGY IS CHANGING THE SPORTS BETTING INDUSTRY

THE GOOD OIL FROM CLUBCO

TAKE YOUR MANAGEMENT SKILLS TO THE NEXT LEVEL 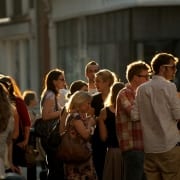 ESSENTIAL ELEMENTS OF A CLUB WEBSITE …AND HOW OFTEN SHOULD YOU CHANGE YOURS?

ARE YOU COMING TO THE PARTY?
Scroll to top