Most of us worked hard through the Christmas period and have had a few weeks off to refresh and renew. It’s now time to recheck the gaming floor and make sure we have some of the latest games available for players. Normally the manufacturers have a fairly restrained late November and December release schedule because clubs and hotels are all too busy for installs.  This year fresh games were released right up to the end of December with some strong performance results coming through now in January 2019. With school holidays ending and our customers getting back into their normal routines it’s time to check the gaming floor and update to some fresh new games.

To help you catch up quickly, here’s a roundup of the best new games to consider based on January performance results so far for Clubs and Hotels in NSW and QLD:

Aristocrat released a flurry of new Lightning and Dragon games for both the NSW and Qld markets. As expected the early results are exceptional and most clubs and hotels are in a position to add in some of these new games quickly.

For the Dragon range, ‘Genghis Khan’, with art based on the popular old mid denomination game of the same name with the contemporary hold and spin feature added, is the most successful so far with the link version just ahead of the SAP game in NSW Clubs, but both are around the same levels in hotels.  In NSW hotels, where competition is much tougher with smaller numbers of machines in venues, the performance results aren’t as extreme but these new games are still the top-ranked games available and turnover per machine is much higher than clubs so the money is definitely there for hotel operators with these games. In hotels too, the Genghis Khan games are a just little stronger than Peace & Long Life. While they were released a little earlier in QLD (Aug/Sept), performance levels are still strong and worth adding to any gaming floor. With art derived from the original and ever-popular ‘Indian Dreaming’, most of us picked ‘Magic Totem’ as the stronger of the new Lightning Cash/Link range and while this has been true for hotels, in clubs Eyes of Fortune has proved to be the most popular among regular players. The new ‘Welcome to Fantastic Jackpots’ has been installed in strong numbers in QLD since September and is a great fit for clubs.

Maxgaming ‘Denom TO Ratio’ compares the individual game performance of same denomination games against each venues floor average. As a benchmark metric, it stabilizes extreme high/low turnover results of large Vs small venues that can affect “Daily TO Average” results. A metric of 1.0 is the floor average so anything above that level should (statistically) operate above floor average in any venue.

IGT released a new wheel spin game range, ‘Wheel Shot’ which adds some contemporary style and unique maths concepts to a long-standing popular game type. Many managers would have spotted this new concept game featured by IGT at the recent AGE Show which shifts the wheel sideways and builds it into a progressively improving credit win feature for the players.  With  ‘Wheel Shot-Hero of Greece’ at 1.66 (Maxgaming Denom TO Ratio) it is well above the site average for the clubs that have it in already, and ‘Wheel Shot-Wild Gold’ at 1.50 is also very strong and competing effectively with many of the leading games in the NSW Club market.   In Qld Clubs these games are only just being installed from the beginning of January but a 2.51 (Maxgaming Denom TO Ratio) for ‘Wheel Shot-Wild Gold’ and 1.98 for ‘Wheel Shot-Hero of Greece’ is looking like similar success will be achieved there too.

By adding some much needed game and maths variety to their games, rather than just reproducing a version of hold and spin style games IGT is making their games stand out for the customers as something fresh and new and recent performance results are suggesting this is working. Fortune Gong is available with three games so far, Phoenix Rising, Dragon Dynasty and Guardians Treasure in Link and SAP version on the Crystal 27”, and Crystal Curve, that suit every club budget and floor space.  Game performance is specific to site and jurisdiction with Crystal 27” SAP games working most effectively in NSW and Crystal Link games more suited to the QLD market.  Additional variety is provided by the StarStax, HyperHits and their Waterfall games and with 17 games in QLD Clubs above the magic 1.0 mark and almost as many in NSW, IGT has certainly lifted game performance by driving ahead with new game designs.

With the new All Aboard games providing very positive game performance results for Konami they are definitely providing us with some solid game choices. In NSW Clubs both ‘Dynamite Dollars–All Aboard’ and ‘Dancing Dragons-All Aboard’ are in the market in good numbers and achieving 1.28 and 1.03 performance ratios in the Maxgaming charts. They now have a third game in the SAP range for NSW in ‘Piggy Pays-All Aboard’ achieving 1.24. In Qld Clubs the link version is proving to be very popular with Dynamite Dollars at 1.87 and Dancing Dragons at 1.57. Even in QLD Hotels both games are well above that 1.0 benchmark with performance results at 1.38 and 1.07 respectively. Even their older games such as ‘Thunder Arrow-Frost Queen’ and ‘Thunder Arrow Fire Queen’ are still operating above average and provide great conversion games for older product needing to be refreshed at this time of year.

SciGames has had very consistent results across both markets with a wide range of games. Their leading new game ‘Jin Ji Bao Xi Fortunes’ is based on their most successful game in Macau and has moved into NSW Clubs and Hotels in solid numbers. If you have a strong Asian player group this game is perfect, but with a performance ratio of 1.10 in clubs the game obviously has a much wider player appeal.  A new addition to their Cash Connection range in ‘That’s Bananas-Cash Connection’ has been very strong with performance levels at 1.08 for NSW Clubs. Their “longest and strongest” in both NSW and QLD recently has been ‘Happy Chance Cat’ (NSW Clubs 1.08/QLD Clubs 1.09), and ‘Happy Chance Pig’ (NSW Clubs 1.00/ Qld Clubs 1.24) and are risk-free games that will boost floor performance and freshen up the existing product. In Qld Clubs the SAP game, ‘Riches of Ra-Pink Panther’, is operating at 1.37 and is very popular among regular club punters.

AGT has not had as many games released in the last month or two as some of the other manufacturers with many of their games coming through the approval system around the AGE Show. One of the games that has been released recently and is a strong performer is ‘Pacman-Dynamic Edition’. This game follows on from the earlier Pacman-Wild Edition that proved to be very popular with the 50+ age group who grew up with the video game.  ‘Golden Cash-Originals’ has been solid in both NSW Clubs and QLD Clubs and Hotels and provides a good conversion option to keep the games on your floor up to date. There are a few standout games in the development phase at AGT which will provide some game variety to the market when they are released in the coming months.

While some of the other manufacturers have a smaller footprint on gaming floors they certainly provide some much needed game variety for the players. In many cases, they appeal to a very different type of player than the leading games in the market and for that reason give you a great opportunity to segment the gaming floor. Placing machines in specific parts of the gaming floor to target different types of players can be an effective way of managing expectations, particularly for the smaller regular players that fill our venues throughout the day.

For Aruze the standout games in recent months have been ‘Ancient Realm-Orb Legend’ which is working well in both NSW and QLD Clubs and in good numbers in each market. ‘Ancient Realm-Tiger’ is still above average (1.08) in Qld Clubs, and the ‘Chaching Cash-Outback Riches’ is popular with many players in NSW Clubs.

Wymac is just starting to make some small inroads into the market with recent release games ‘Golden Fang’ and ‘Goddess of Fortune’ providing great game variety. Further game releases from them this year should ensure some solid future game support. 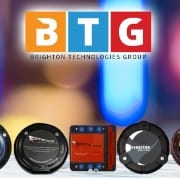 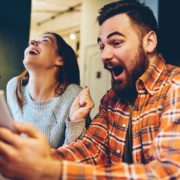 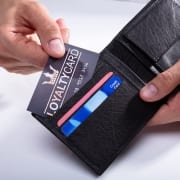 ACCC PUTS LOYALTY SCHEMES AND DATA MONETISATION UNDER THE MICROSCOPE 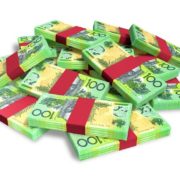 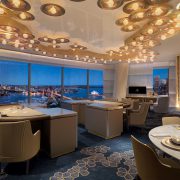 ‘BEST GAMBLING ENVIRONMENT IN THE WORLD’: CROWN CEO UPBEAT AHEAD OF CASINO OPENING 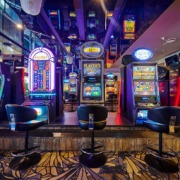