Stewart Burchell has a twinkle in his eye as he surveys the empty dancefloor, with its smooth sticky floor and hints of discarded glitter.

“Back in the day it was a pretty cool place,” he says.

“We’d open at least three nights a week, and the bar would be open until 4am.

“But we’ve had our challenges lately.”

Like many nightclubs across Australia, the Skylla Bar, on the main street of Broome in Western Australia, has been closed for months.

But he reckons there is something else going on as well. The nightlife scene is changing.

“Over the last 10-15 years, nightclubs in general have been in decline,” Mr Burchell says.

“Trends change, and the emergence of small bars has had a big effect.

“And I think dating apps have changed things – with people swiping left or right, the need for nightclubs to meet a boyfriend or girlfriend is in decline.”

Mr Burchell hopes Skylla will soon start opening on Tuesday nights, when staff are more available, but it will be bucking a trend of nightclub closures across the country.

It is a trend being seen around the world, with thousands of nightclubs closing as young people opt for healthier, more relaxed and increasingly digital entertainment options.

In the United Kingdom, where the clubbing scene boomed in the 1980s and 90s, the number of nightclubs has more than halved since 2005, leading to headlines about the “decimation” of a once-proud cultural industry.

In Australia, industry data compiled by IBISWorld shows the number of nightclubs has reduced from 482 to 355 in recent years, with profit margins also in decline.

The closures have been most keenly felt in regional centres, where nightlife options are more limited.

For example, the thriving port city of Geraldton, on the mid-coast of Western Australia, used to have three nightclubs.

Now they are all closed, and an entrepreneurial local has been advertising overnight road trips to go clubbing in the Perth nightclub precinct, more than 400 kilometres away. 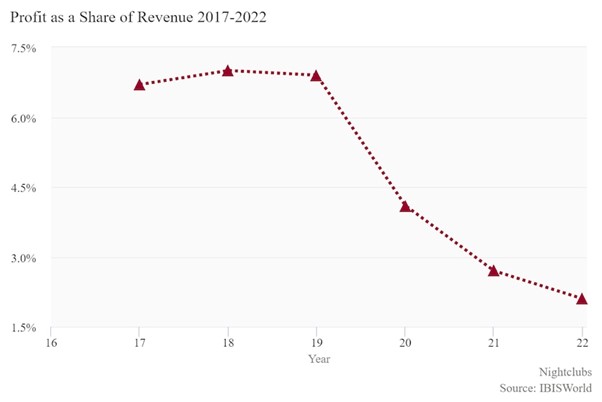 The latest industry snapshot shows both the number and profitability of nightclubs is in decline. (Supplied: IBISWorld)

Industry veterans say the nightclub scene peaked in Australia in the early 2000s, when thousands of people flocked to late-night dancefloors to enjoy the burgeoning dance music scene.

So why aren’t younger generations doing the same?

There is no doubt the cost is a factor for many, who are trying to funnel their income into saving for a house deposit rather than paying for door charges and expensive drinks.

But there’s also a widespread belief that the post-gen X generations are healthier, more wholesome, and less interested in a hangover.

Harry, 20, says he and his friends prefer to gather for afternoon drinks than stay out late.

“I’m not super into clubbing – I’d much prefer a bar where I can hang out with some live music and chat to people, and not have to shout over the music,” he says.

“I feel like people are wanting to drink during the day [and] get more photos during the better lighting.

“It just means they’re home earlier and in bed earlier, and not feeling pretty average the next day after not much sleep.”

His friend Max Virgo, 23, says he’s not surprised the number of clubs is reducing, with safety an ongoing concern.

“It could be to do with the nightlife having a reputation for crime in the cities. People think there’s been a rise in violence and king hits and stuff.

“We don’t often go clubbing, we probably prefer to get together at venues with a beer garden, somewhere you can be relaxed and not crammed in a little room.”

‘People in habit of staying home’

In Victoria, at Geelong’s Home House nightclub, venue manager Jhor Samphanh is prepping the bar for a busy night.

Jhor, who is in his early 30s, says attitudes to going out have changed dramatically since he first hit the scene.

“Ten years ago, people would stay out until 6am dancing, but now they go home much earlier,” he says.

“And because there’s social media now, people are afraid they’ll get their photo taken kissing some person when they’re drunk, and be made fun of.”

His colleague Chantelle Lazarevic agrees that the weekly ritual of a big night out is out of fashion.

“I definitely think it [COVID-19] has played a big part over the past couple of years,” she says.

“I think people have got comfortable staying in their comfort zone at home, and because of social media they don’t even need to venture out to do anything.”

Nightclubs suffered more than other venues during the COVID pandemic, jinxed by a business model based on large numbers of people dancing intimately indoors.

“Some businesses have adapted to increase the beer gardens and outdoor space, because at the moment patrons love being outside – it’s probably to do with outdoor festivals being so popular as well,” he says.

“People also prefer to dress down and have a more casual atmosphere, so we’ve relaxed our dress code and are adapting the type of music we play.”

There are other pressures on the business model.

A restructure of music licensing fees means that venues have to pay a set amount linked to their capacity for each night they open.

So that means a club with a 500-person capacity has to pay a fee based on 500 people, even if only a dozen people actually turn up.

Simon Barwood, who heads the WA Nightclub Association and runs two nightclubs in Perth, says costs have increased a lot over the past 20 years.

Mr Barwood says it will be up to nightclub owners to find ways to stay competitive, profitable and relevant.

“I think the nightclub experience is still relevant to young people – there is a need for us as humans to be social and be physically present with each other,” he says.

“Nightclubs can give you that experience — to be with like-minded people with a passion for music.” 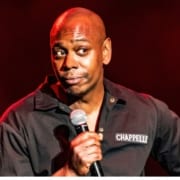 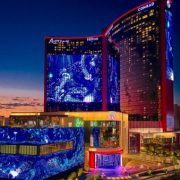 NEW MUSIC LICENSING FEES – WHAT YOU NEED TO KNOW 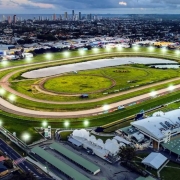 GOLD COAST RACECOURSE TO GET A $31.5MILLION UPGRADE 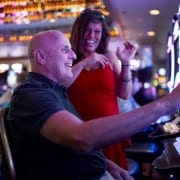 THE TOP 5 DRIVERS OF A SUCCESSFUL SERVICE CULTURE

DON’T BET ON IT
Scroll to top